What captures my attention about this river is not its black dirty water but its smell does. People cannot stay here for too long as they cannot bear that invisible thing coming to their olfactory cells inside their nose. Rachel Carson in her most famous book” Silent spring”, wrote”: ” For the sense of smell, almost more than any other, has the power to recall memories and it is a pity we use it so little”. What we sense in To Lich river is the opposite thing to the power in which Rachel Carson mentioned.

I wonder how it used to sense in the past.

Back to the time when Hanoi citizens could jump into the river and bathe, To Lich river was originally a branch of Red river- the river that gave birth to the city. It was an important part of the old citadel during many centuries. It protected the city from enemies, it was a part of Feng shui system and a strategic route for people. Basically, To Lich river used to play an important part for the life of Hanoi. 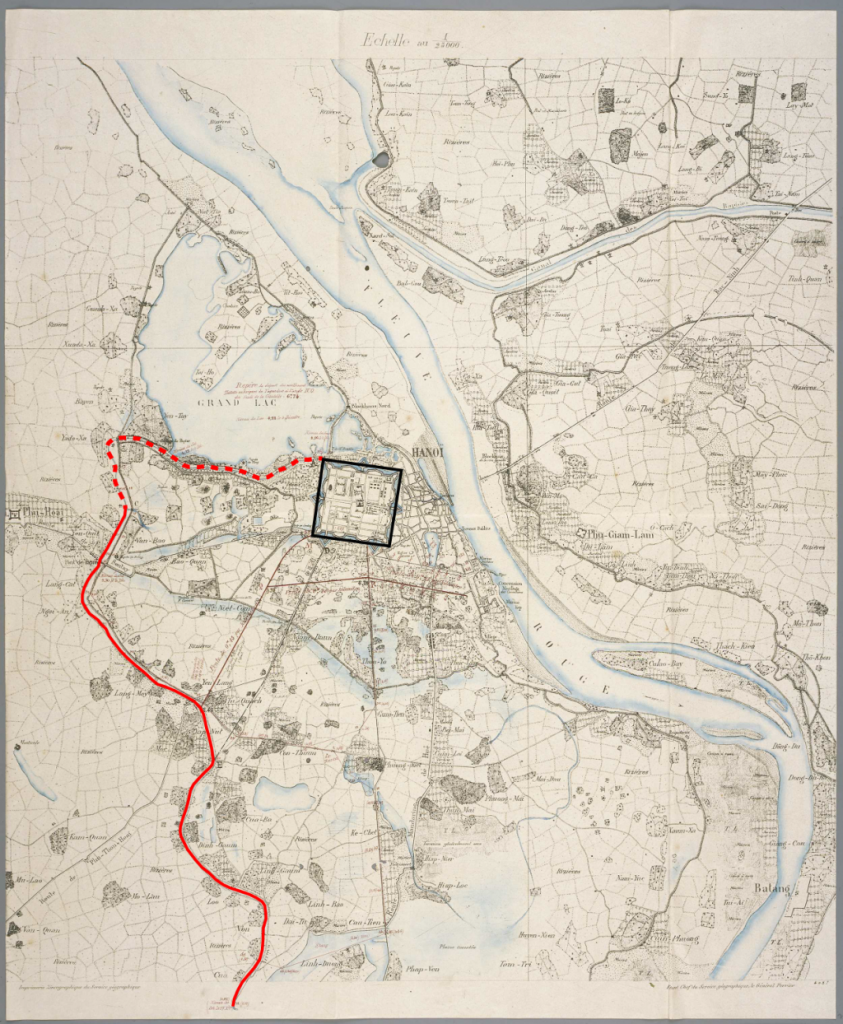 Map showing location of To Lich River and the old Citadel by general Perrier, France. The dashed line is the filled part (underground).

To many people, their childhood had a strong tie to the river, my former boss-a Hanoian, said to me that when he was a kid, he used to bathe in this river, now it is impossible to do it due to severe pollution. What he was saying and what I am seeing today are two completely different images. I could imagine that the good sense of smell of this river only existed in his childhood. It has forever gone at present. what is the reason for this situation ?

There was a time that the saying:  ” grow first, clean up later” was taken for granted by many Vietnamese. Yes, it is true, after the ambitious economical policy” Doi moi” by the communist party in the late 1980s, the modernization process was sharply proceeded without considering the social and environmental consequences. Before that time, we should remember that, when French people ruled Vietnam, they filled one part of To Lich river from Cau Go street to Cho Buoi. Ironically, they tunneled one third of this river. This action gave people opportunity to ” invade” the river. Despite of this fact , since then to the late 1980s, this river was still in peace. However, the modernization process happened so quickly, population along the river grew sharply, so did the density, the factories. All of gray, dark water was directly poured to the river without treatment. The city did take action to strengthen stone embankment, clean river basin in an effort to stop urban sprawl. But during many mayor terms, the attitude ” grow first, clean later” , the situation has been worsening in a alarm rate. Chemical concentration in a water unit exceeds thousand times the acceptable standards. The river is dead now. 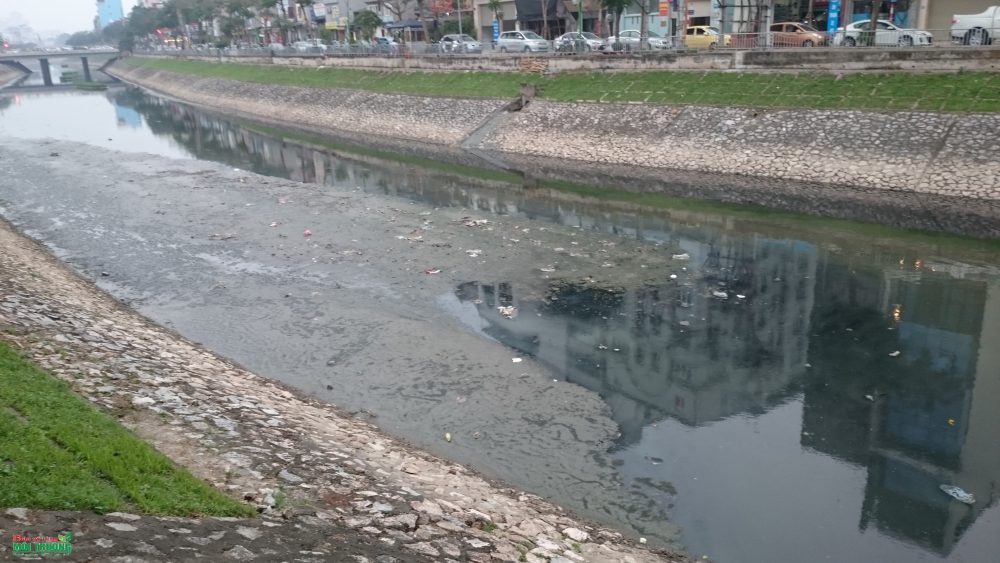 Many foreign visitors when they go to Hanoi for the first time, they got surprised that Hanoi has a very wide, open water sewage. It really hurts Hanoian.

As for me, the restoration of the river will be finally taken action someday in future, as a burst of revolution, just like the starvation of French people that triggered French evolution. But when and how ? I don’t want to wait until I become an old man sitting next to my lifelong partner and sense the good smell that this river used to have. It is too late, my olfactory cells are too aged to sense it. We should act as soon as possible, otherwise the river will not be able to recover to its original state.

As a landscape architect, I think that water treatment can be done by technology. Solving pollution is truly urgent, but it cannot solve everything. The river is a living culture. I really want to transform the riverscape into the most livable space of the city, make it as an attractive tourist destination, a new linear social hub. Hanoi people used to be the people of water, they were surrounded by rivers, lakes, ponds and canals. These water elements shape their life. That is why it is also critical to bring back the old river with a good sense of smell. I questioned myself how I can materialize these ambitious intentions. From architecture point of view, the river bank now is facing some main problems. First of all, it is not walkable and enjoyable riverscape. The water level now is to low, the side of stone embankment is too steep to access. I agree that the structure of the embankment now serves for functional, technical point of view in order to protect the city from flooding. But can we do something cooler, better than that?

As human being, we enjoy playing with water, as long as it is accessible. Source: www.letthechildrenplay.net

I strongly believe that the solution can be found. Everyone among us, as human has an ancient attachment to water as we were born from water, then we revolutionize to modern Homo sapiens. We love water, when we were kids we enjoyed touching water by our hand our feet, we get excited when we get close to water. From my personal perspective, citizen in Venice, in Amsterdam, in Bruges, In Hangzhou (China) are the happiest people on Earth. Imagine, if your settlement is close to a river, a lake, what is it like to be blocked from them ? I guess it does not feel comfortable, it is even strange for human.

One city I really admire is Seoul. Since the city Mayor Lee Myung Pak decided to tear down an urban highway and restore the stream (Cheonggyecheon river) which was filled in 1940s. After restoration, Seoul city which previously called” Concrete jungle” completely changed. It is a huge success.” It significantly increased overall biodiversity, a reduction in the urban heat island effect and air pollution improvement in quality of life and greater economic development in the surrounding area. This action successfully boost Korea’s image around the world” (from inhabitat.com by Lucy Wang). What impressed me the most is the atmosphere of people enjoying water, how happy they are when they get close to the river and touch the water. It proves that the accessibility is a basic thing in the design. A design without consideration of access cannot be seen as a good design. 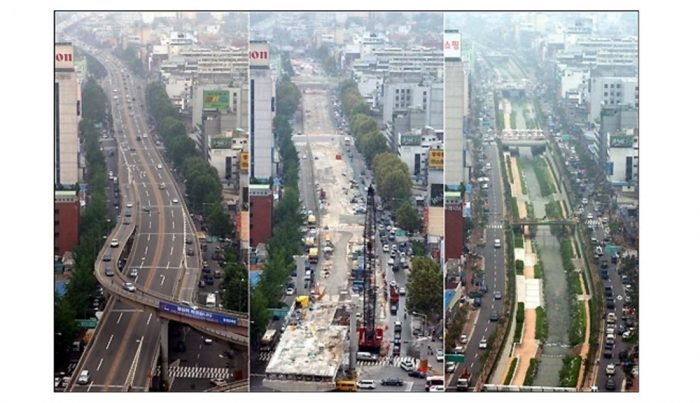 Cheonggyecheon river before and after. Source: centrourbano.com 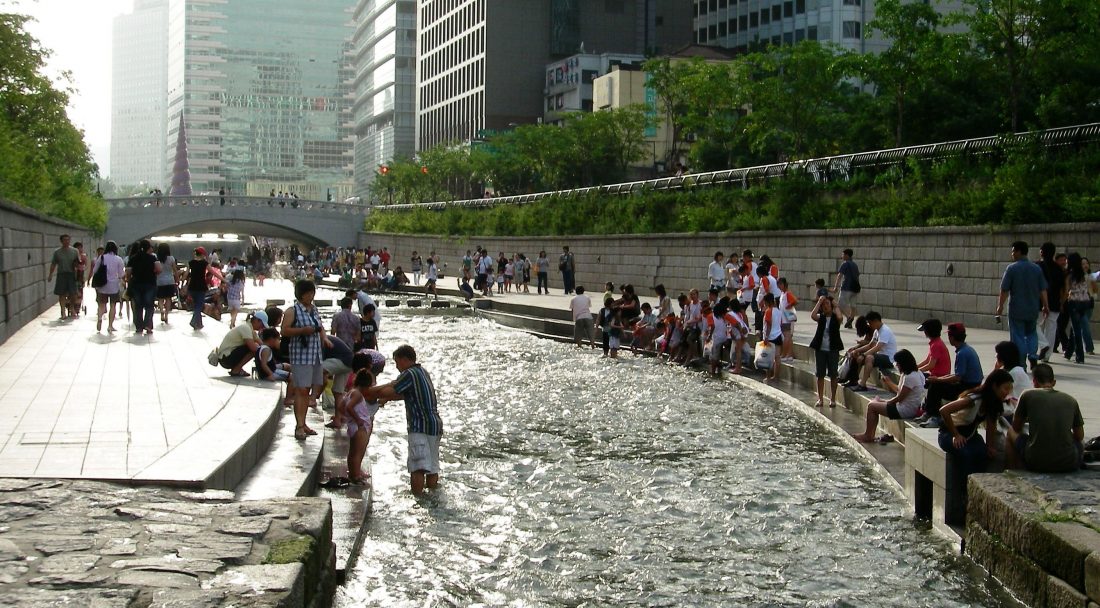 Back to To Lich river, my vision can be found in the historical flood in 2008. The continual pouring rain in many days brought back the old To Lich river in the past. The dark, smelly water was replaced by rain water and interestingly, water level raised never that high, river embankment became very friendly to people. In that sense, water level is significant in generating this phenomenon. I could see people gather to the river bank and went fishing in a river where it is not livable for fishes and yet, they did really harvest lots of fish. However, this magical thing only happened in a short period of time then gradually turned back to its regular, ugly stage. Then bad smell came back again. This event inspired me and make me believe that we can do something to make that short lived- nature design into something man made, something permanent that can last forever. Since it is difficult to rely on the fluctuation of water level, I suppose that water after treatment can be tunneled, then we can add a new thin layer of water on. The aim of this action is to bring water as close as possible to street level, then we can setup the ecosystem, the pedestrian paths, bike paths, the wooden decks, piers, wetland.etc.

Some visions for To Lich river, inspired by Cheonggyecheon River, the design should be a fusion betweeb humanscape and naturescape. Source: nclurbandesign.org

If the design is ecology oriented, we can attract many species to create wildlife habitat. People unarguably love nature, they enjoy walking along the river, even running, boating. When the ecosystem is established, it is highly possible to bring back the old Hanoi in the past. We can recreate many cultural events and make it to be a Continuous Productive Urban Landscape (CPUL). Sometimes, beside entertaining tools, we reserve space for socializing, urban agriculture and educational activities, even community integrated landscape with grassland movement.

In a nutshell, this intervention should contain three key design factors: 1- Walkable and accessible 2- Wild life habitat 3-  Historical and cultural spaces. Such a intervention, I have an optimistic belief that To Lich river will be a new landscape icon for the city, it would improve the life of people living along the river, a new tourist destination. If this idea is realized, we can say good bye to the bad smell and enjoy the new landscape, it can also recall the memory of the old river and recall memory of the water city either. We are living in a gray world, whatever you argue, everything is artificial. If we have a green heart we can make the place we are living in more livable, more meaningful for the people and for this Earth. 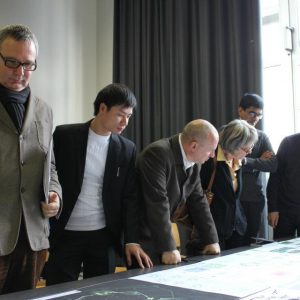 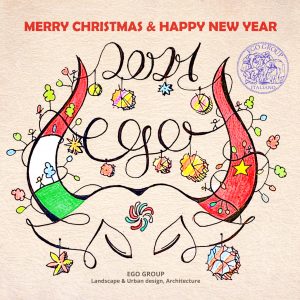 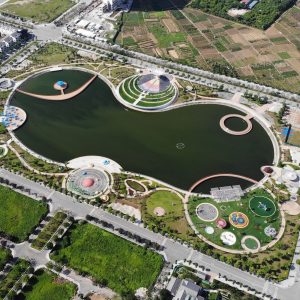 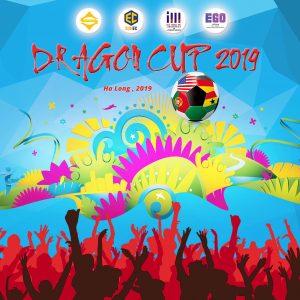 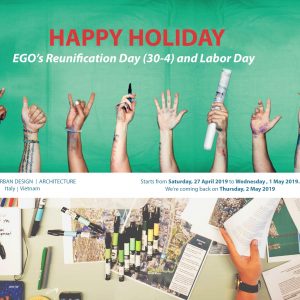 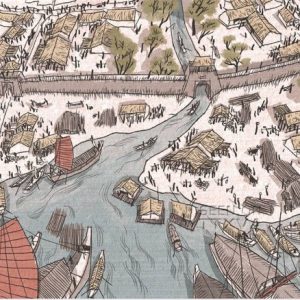 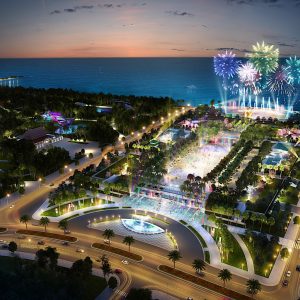 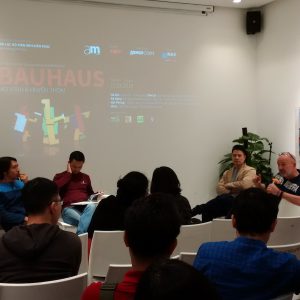 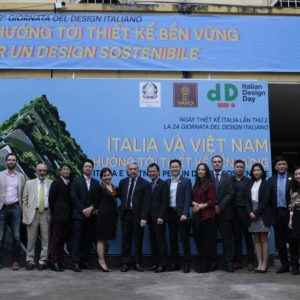 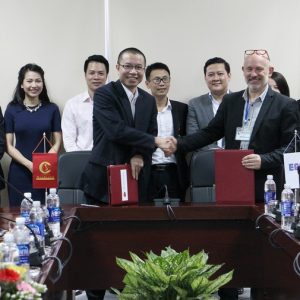