On December 3rd, 2015, CAO PERROT won the Best of Year 2015 Award in the installation category for the Crystal Cloud at Swarovski Crystal Worlds, Wattens (Austria). The award has been presented by the US Interior Design Magazine for the past 10 years. This year’s winner was decided by almost 60,000 voters from the architecture and design industry.

Blurring the line between art and landscape has been a CAO PERROT leitmotiv for over a decade. This singular approach – making places for dreaming – has resulted in a diverse portfolio, which includes intimate gardens, public art installations, special events, and park design. CAO PERROT has just completed the 7.5 hectare Expansion of Swarovski Kristallwelten, and introduced their latest installation, a monumental Crystal Cloud at Swarovski Crystal Worlds in Wattens, Austria.

A hands-on artisanal approach frequently requires extended stays at a particular location allowing an intimate connection to the site. This gives CAO PERROT the privilege of working side-by-side with their crew from the beginning of a project to its completion.

CAO PERROT’s work emphasizes the making. They wish to go beyond design and trends, inviting viewers into a dream environment. For Cao and Perrot, the ultimate luxury is to be immersed in the presence of light and silence, and to echo John Updike, “give the mundane its beautiful due”.

Swarovski Kristallwelten (Crystal Worlds) opened in 1995 at company headquarters in the Tyrolean Alps, marking the centennial of the company’s founding. Multimedia artist André Heller created a magical place that has been discovered by over twelve million visitors worldwide. His thematic centerpiece was the mythical story of a Giant who sets out to experience the world of crystals, its mysteries and wonders.

In May 2015, Crystal Worlds ushered in a new era marking Swarovski’s 120th anniversary with the commissioning of landscape artists Andy Cao and Xavier Perrot (CAO PERROT) to create a Garden of the Giant, including a new master plan (expanded from 3.5 hectares to 7.5 hectares), and a monumental art installation, the Crystal Cloud.

The Client’s brief was “dream away”, a liberating directive that nonetheless included broadening the brand experience and demonstrating Swarovski’s century long commitment to creativity and innovation.

Crowning feature of the new garden is the Crystal Cloud covering 1,400 square meters that drifts above a black mirror pool. The Cloud is made of hand-sculpted wire mesh and adorned with 800,000 Swarovski crystals.

Entering a white birch forest, paths of floral swirls carry visitors to the gate of the Garden of the Giant, welcoming them to the enchanted world of Swarovski Kristallwelten. Rings of sculpted-earth ripples play with one’s sense of proportion like Gulliver in the land of Lilliput.  Through the forest’s dappled light, shimmering crystal clouds guide visitors to a mirror pool where the dark water holds reflections of a million silent stars. Trails of twinkling fireflies guard a descent into the enveloping pool.  When the Foehn wind calls, the clouds release a dazzling display of rainbow prisms, a fleeting glimpse of crystal secrets hidden in the light and silence.

More images of this project. 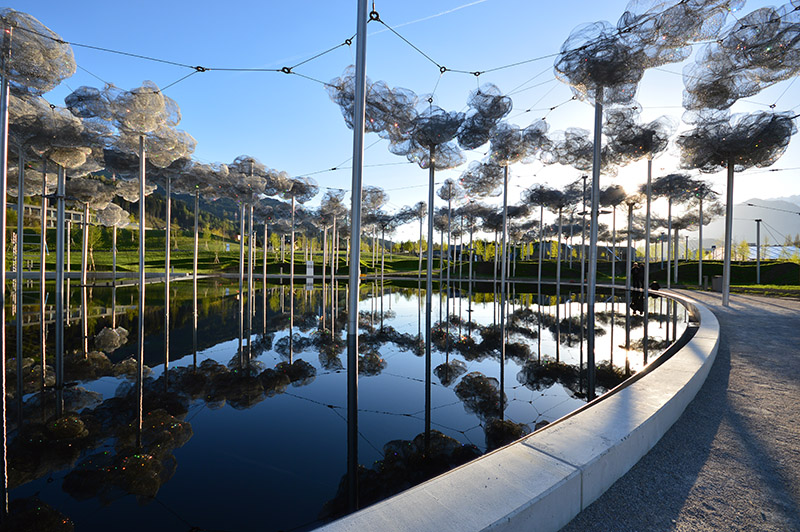 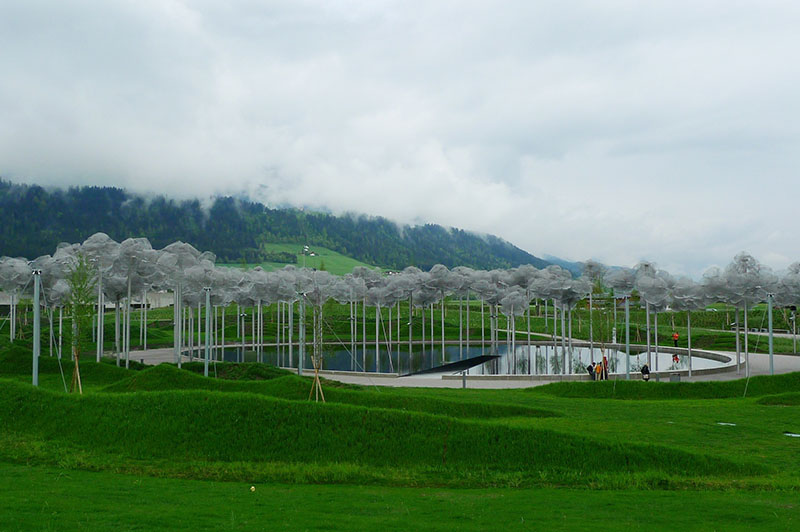 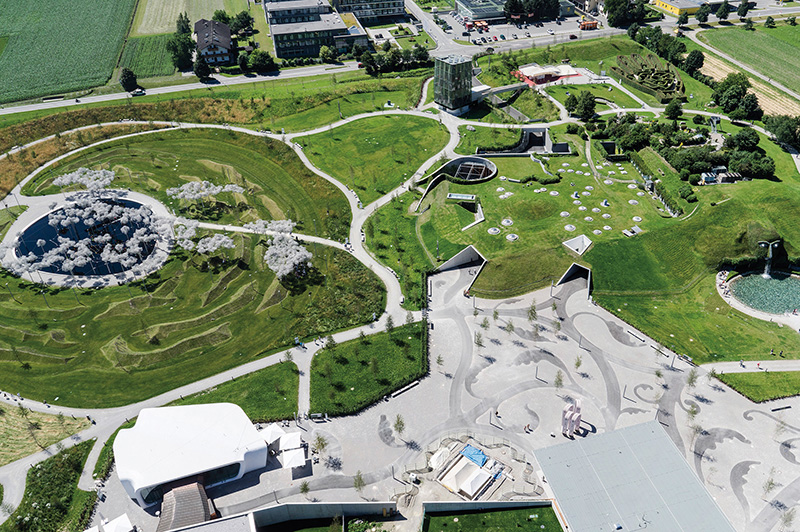 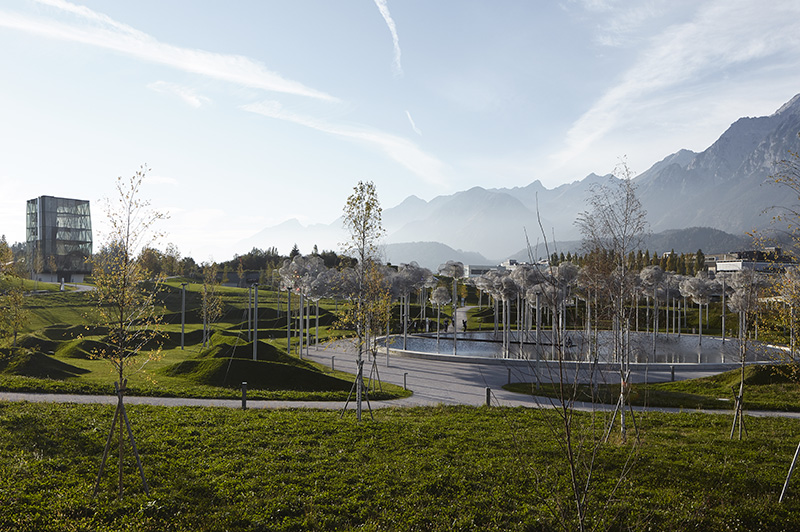 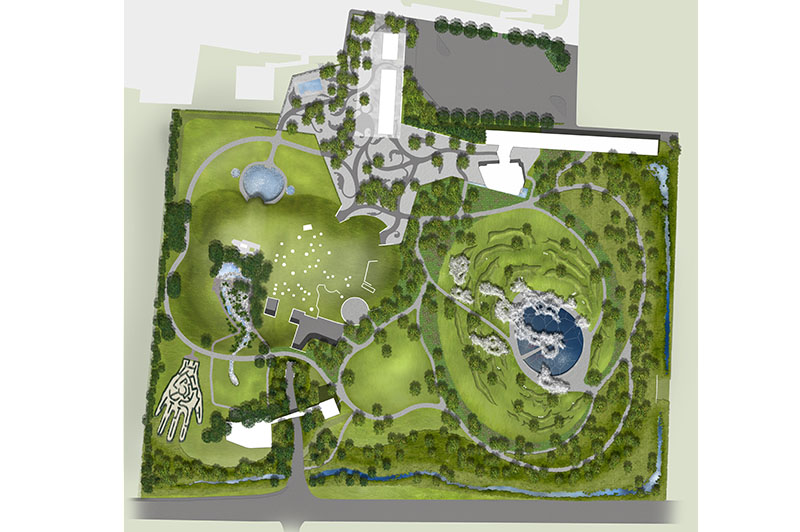 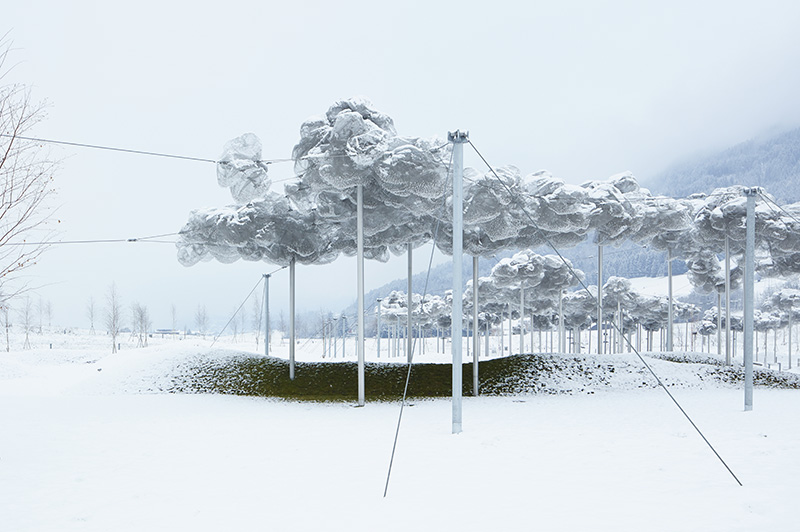 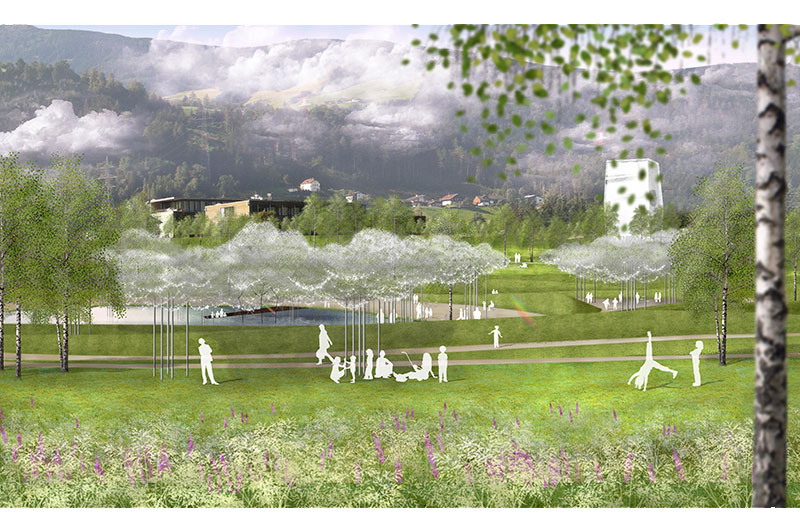 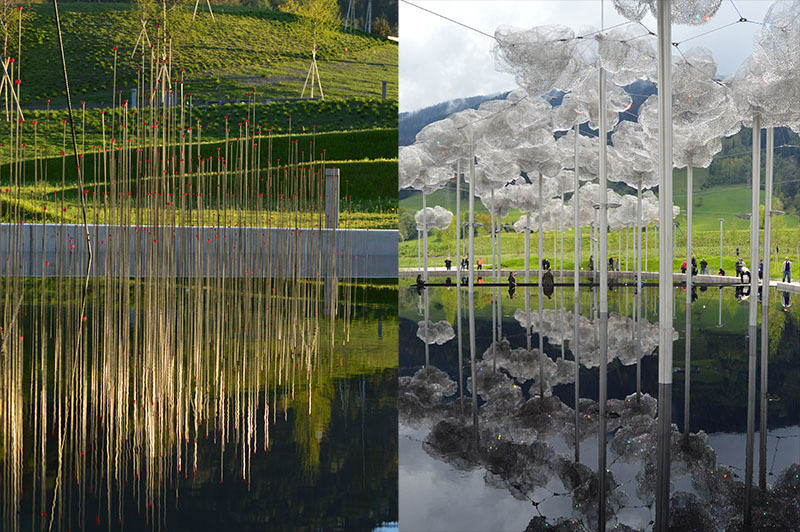 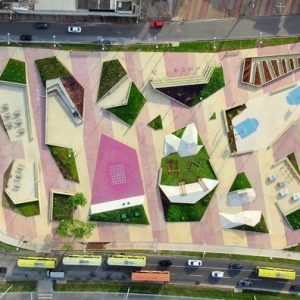 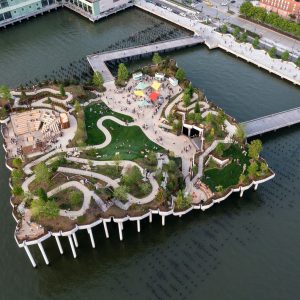 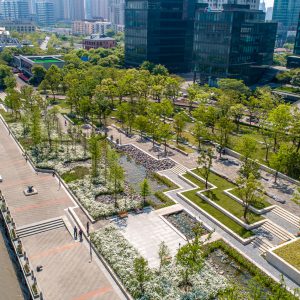 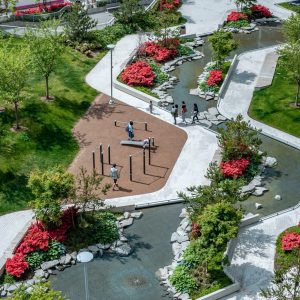 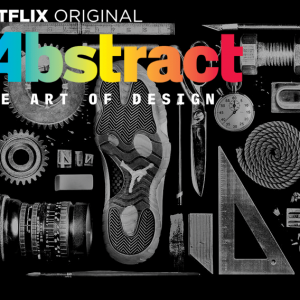 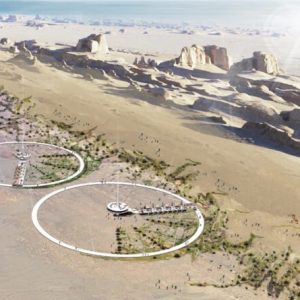 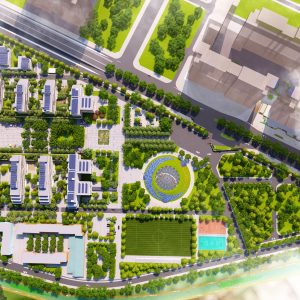 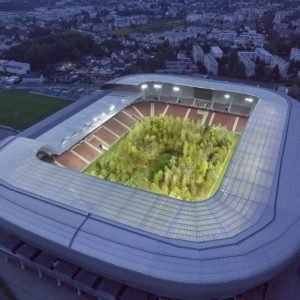 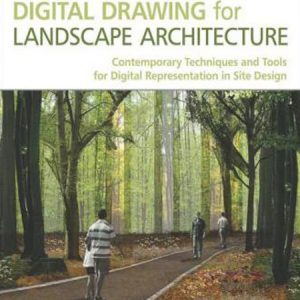